The Mumbai Indians (MI) will take on the Kolkata Knight Riders (KKR) in match number 56 of the Indian Premier League (IPL) 2022 at the DY Patil Stadium in Navi Mumbai on Monday. This will be an evening game and hence will begin at 7:30 PM IST.

Mumbai have been eliminated from IPL 2022 playoffs race and remain at the bottom of the points table. However, they have registered two wins in a row and will be keen to carry on the winning momentum as they look to play for pride. In contrast, Kolkata’s campaign has gone from bad to worse. They have lost four of their last five games and have slipped below the Chennai Super Kings (CSK) in the points table.

In their last game, MI came out of nowhere to stun the Gujarat Titans (GT) by five runs. Chasing 178, GT seemed in total control of proceedings as the openers added 106. However, the bowlers kept at it. Murugan Ashwin dismissed both the set openers in the same over before Daniel Sams bowled an incredible last over, giving away only three runs. 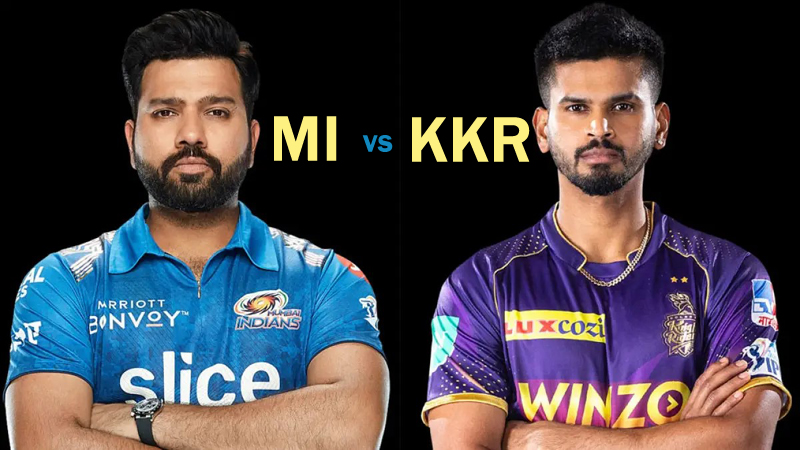 There was good news in the batting department as well since openers Rohit Sharma and Ishan Kishan got into the 40s. Tim David has made an impactful return to the team. Kieron Pollard’s struggles with the bat, however, continue.

KKR had a horrible match against the Lucknow Super Giants (LSG) as they folded up for 101 in a chase of 177. They were 25 for 4 by the seventh over and had lost half their side for 69 by the 12th. The top order is just not contributing. Aaron Finch and Baba Indrajith have proved to be another failed opening pair. Captain Shreyas Iyer has lacked consistency as well.

Andre Russell and Sunil Narine have been carrying the team on their shoulders. In the last game as well the former struck 45 in 19 and claimed two wickets while the latter had figures of 1 for 20.