Chennai Super Kings defeated Rajasthan Royals by 7 runs in a comprehensive manner at Dubai. Ravindra Jadeja produced a magical spell of 4-0-33-4 to help CSK successfully defend a modest target of 141. Rajasthan Royals were derailed quite early in their run chase at 80 for 7 in 13.3 overs which left the remainder of the match only for the formalities to be completed.

Asked to bat first, CSK were in a huge spot of bother at 74 for 5 when Skipper MS Dhoni got out early in the 12th over. This was despite a 28-ball 50 from opener Dwayne Smith. The West Indian played a brilliant cameo as he scored 50 of the 59 runs on the board for CSK when he got out in the 8th over to Stuart Binny. 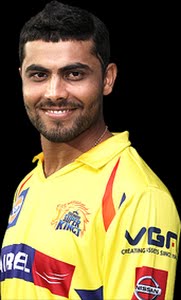 CSK got into trouble losing Suresh Raina, Faf du Plessis and MS Dhoni got out in quick succession. Ravindra Jadeja took the innings to a decent close with 36 from 33 balls to take CSK to a respectable score of 140 for 6. For Rajasthan Royals, Rajat Bhatia had an incredible day with figures of 4-0-13-2.

In their run chase, Rajasthan Royals lost a couple of key wickets due to poor shot selection. Ajinkya Rahane and Shane Watson got out playing the big shots needlessly. The match tilted in CSK’s favour in the 7th over when Ravindra Jadeja got the wickets of Watson and the dangerous Sanju Samson in consecutive deliveries.

Rajasthan Royals were bowled out for 133 in 19.5 overs with Dhawal Kulkarni’s 28 from 19 balls reducing the margin of defeat. Ravindra Jadeja was the Man of the Match for his all-round show.