Talented, but not so successful batsmen

Former West Indian batsman Carl Hooper turned 46 recently on December 15. One of the most talented batsmen and exquisite stroke makers of his time, Hooper failed to live up to the hype and expectations build around him. 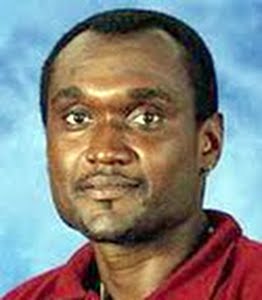 Former West Indian batsman Carl Hooper turned 46 recently on December 15. One of the most talented batsmen and exquisite stroke makers of his time, Hooper failed to live up to the hype and expectations build around him. A Test average of 36 after 102 Tests and 35 after 227 ODIs is solid proof of the fact that he did not live up to potential. Having said that, when in full bloom, there were few better sights than watching Hooper bat. He could make a mockery of the best bowling line-ups on his day. Here’s a look at a few other highly talented batsmen, who fared muchworse than Hooper in international cricket.

Stuart Law: There was a time whenLaw was considered the next big thing in Australian cricket. Sadly, his international career spanned only 54 ODIs and a solitary Test. Law began well, and was even part of Australia’s 1996 World Cup squad that made it to the finals on the sub-continent. But, he failed to make good use of the opportunities that came his way. In ODIs, he managed only one hundred and seven fifties with a disappointing average of 26.89. He managed to score a half-century in his only Test innings, but it wasn’t enough to extend his international career.

Asif Mujtaba: The former left-hander from Pakistan is best remembered for his last-ball six off Steve Waugh in an ODI played at Hobart in 1992-93, which ended in a tie. Having made his debut aged 19, a lot was expected of Mujtaba. But, leave alone achieving greatness, he fell yards short of putting together a successful career. In 25 Tests that he represented Pakistan, Mujtaba managed to garner only 928 runs at an average of 24.42 without a hundred. In ODIs, he played 66 games and scored over 1000 runs with one hundred and six fifties. However, his average was a highly disappointing 26.

Pravin Amre: When it comes to underperforming talents in India, Vinod Kambli’s name springs first to mind. But Amre, who incidentally was also coached by Ramakant Achrekar also could have done a lot more with his talent. The youngster who made a century on Test debut at Durban did not cross the 100-figure mark ever in his remaining international career. Overall, he played 11 Tests, averaging a reasonable 42.50, with had only one hundred and three fifties to show. In ODIs, he featured in 37 games, but crossed the 50 mark only twice and averaged an unacceptable 20.52. Another talent had fallen by the wayside.

John Crawley: He looked at ease during his memorable 156 at the Oval against Sri Lanka in 1998, but such moments were few and far between in Crawley’s career. Over 37 Tests, he averaged 34.61 with four hundreds and 9 fifties. His figures prove that he had the talent to succeed, but failed. The story was quite similar in Crawley’s ODI career. He played 13 games and crossed 50 only twice with a disappointing average of 21.36.