Adelaide Test: Lyon decision had a massive impact on match

Adelaide Test: Often, poor decisions are overrated, and exaggerated, being termed as a key reason behind a team's failure or bad performance.

Often, poor decisions are overrated, and exaggerated, being termed as a key reason behind a team's failure or bad performance. But, in case of the Nathan Lyon controversy, and the kind of influence it had on the Adelaide Test, one cannot but conclude that New Zealanders very indeed very unlucky. It is one of those rare occasions in cricket when one feels that one poor decision can indeed change the complexion of the game. When Lyon came into bat, the match was well-balanced. But, following the reprieve by the third umpire, Lyon went on to add 74 with Peter Nevill. And, it in a low scoring game, it was a decisive turning point. 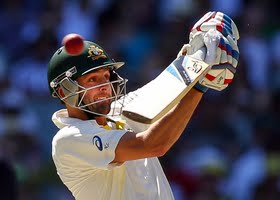 While DRS has had its advantages, ever since being introduced, it has also been party to a number of howlers. Team India, after a bad experience with the technology in Sri Lanka a few years back, has refused to use the same whenever it is playing Test matches. And, while that is not a stand accept by the majority of the Test-playing nations, the latest gaffe will force victims like New Zealand to have a rethink on the use of the technology. At the same time, one must not victimise Nigel Llong, and try to understand the logic behind his bizarre decision so that such mistakes are avoided in the future.

Also, even as New Zealanders will be termed unlucky, it is also true that they had their own set of woes that led to the team's defeat at Adelaide, and with it they lost the series as well. Opening was a massive problem for the Kiwis both with the bat and the ball. Martin Guptill has been persisted with for years now, but he hasn't lived up to expectations. It is perhaps time they look beyond him, at least in Tests. As for Tom Latham, apart from a fifty he had nothing to show. With the openers failing to deliver constantly, New Zealand were always under pressure to deliver, and it hurt them in a big way, as they were always rebuilding after early losses.

The story wasn't too different with New Zealand's opening bowlers. A lot was expected of both Tim Southee and Trent Boult when they embarked on the Australian challenge. Their record proved that the duo had it in them to trouble the Aussie batsmen. But, whatever plans they had fell flat on their faces as the Australians dominated the fast bowling duo. Southee faced fitness issues, but even when he was fit, he couldn't run through the Aussie batting. Considering his experience, Southee was a big flop. On the other hand, Boult finished the series with a five-for, but it was too late. He needed to come up with such efforts earlier in the series.

If New Zealand look back at their performance in the series, they will rue the lack of team effort. With Southee and Boult struggling, one cannot really blame the other bowlers like Mark Craig and Doug Bracewell, for they aren't highly experienced bowlers. But, the same cannot be said of their batsmen, who were highly disappointing. If one takes away Kane Williamson's effort, no one was really consistent. Ross Taylor got a big double hundred, but he failed in the other knocks. Brendon McCullum also played a couple of breezy knocks, but wasn't impactul. BJ Watling too struggled. So New Zealand had a number of issues of their own, which led to their downfall.