Australia held their nerve to chase a stiff target of 245 against a quality bowling attack to clinch the Cool &amp; Cool Cup 2012 2-1. The Aussies defeated Pakistan by 3 wickets with three overs to spare in what was an exciting Third and Final ODI at Sharjah.

Australia held their nerve to chase a stiff target of 245 against a quality bowling attack to clinch the Cool & Cool Cup 2012 2-1. The Aussies defeated Pakistan by 3 wickets with three overs to spare in what was an exciting Third and Final ODI at Sharjah.

Michael Clarke won the toss and inserted Pakistan in but only to see a huge opening stand of 129 between Mohammad Hafeez and the in-form Nasir Jamshed. The Aussies found their first breakthrough only in the 27th over when Mitchell Johnson bounced out the left-handed Nasir Jamshed (48 from 75 balls with 6 fours) in a hook shot. Pakistan experimented by promoting boom boom Shahid Afridi to no.3 but it failed badly with the all-rounder pulling Johnson into the hands of deep mid wicket scoring just 7.

By the 33rd over, Pakistan had to rebuild its innings again with two new batsmen at the crease as opener Mohammad Hafeez (78 from 97 balls with 4 fours and 2 sixes) departed having missed a paddle sweep to a full ball from Michael Clarke which had him out lbw. Pakistan slipped further to 185 for 5 by the 39th over losing its two bright young batsmen – Asad Shafiq (27) and Umar Akmal (0) to Mitchell Starc.

Pakistan having lost its way somehow recovered to finish with a total of 244 for 7 in 50 overs. Mitchell Starc was once again the pick of the bowlers taking 4 for 51 in 10 overs. Johnson played a crucial role taking 2 for 33 in 9 overs.

Australia in their run chase made a change at the top by sending in David Hussey to open the innings with David Warner. The two batsmen put up a decent stand of 44 in 8.5 overs before Warner (21) threw his wicket away with a bad shot off Abdur Rehman. Skipper Michael Clarke scored a busy 32 from 34 balls to take Australia to 88 for 2 before he got stumped off Saeed Ajmal in the 18th over.

Saeed Ajmal made life difficult for the Aussies in the middle overs reducing them to 108 for 4 in the 24th over. The Aussies got through a partnership of 51 between Michael Hussey and Wicket Keeper Matthew Wade (22) which brought them back in the game. However, there was still plenty of work ahead for the batsmen with Australia on the edge at 159 for 5 in the 36th over. Pakistan missed a trick or two at this stage by holding back Saeed Ajmal and by not going for the kill. 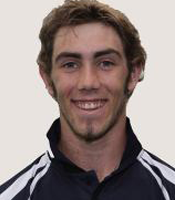 The Aussies went onto chip away with the target thanks to a superb partnership of 67 between Michael Hussey and Glenn Maxwell. Michael Hussey scored 65 from 72 balls (with 7 fours and a six) in a knock that would have never happened had Misbah-ul-Haq asked for a review when the left hander on 0 was a close lbw candidate to Saeed Ajmal.

The 23-year-old Glenn Maxwell playing only his 4th ODI carried Australia home with a blinder of a knock – 56 not out in just 38 balls with 4 fours and 3 sixes. For the Pakistanis, Saeed Ajmal was once again their best bowler with figures of 9-1-37-3 while being well complemented by left arm spinner Abdur Rehman’s 2/41.

The Man of the Match award surprisingly went to Michael Hussey instead of Maxwell. The Player of the Series was given to Mitchell Starc. The two teams now play in a 3-match T20I Series from the 5th of this month.