I’m the greatest player in the world, boasts Chris Gayle while announcing retirement after 2019 World Cup

Veteran West Indian batsman Chris Gayle has announced that he will retire from ODIs after the 2019 Cricket World Cup in England. Gayle’s announcement came just a day after he was recalled for the ODI series against England.

“You’re looking at a great man. I’m the greatest player in the world. Of course, I’m still the Universe Boss. That will never change. I’ll take that to the grave. I’m looking to draw the line after the World Cup,” he was quoted as saying from the Kensington Oval by many media reports. 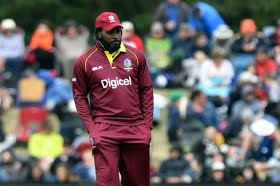 “Or should I say cut the string? Definitely, in 50-over cricket, the World Cup is the end for me. I’ll let the youngsters have some fun and I can sit back in the party stand and watch them have some fun,” he added.

Even as Gayle retires from ODIs, he will continue to play T20 franchise cricket around the globe. Gayle last played ODIs in July 2018 against Bangladesh. Still, Gayle is confident he can be dangerous at the World Cup.

“I’m in good condition. The body is feeling good and I’m pleased with that. I’ve lost a bit of weight and I don’t want to get too big. I’m still working on my six pack. I’m trying to keep up with the youngsters in the field who are like cats the way they chase the ball. I still have it in me and I’m still enjoying it,” he confidently added.