Pakistan thrashed West Indies 3-0 in the three-match one-day series that concluded on Wednesday. Here’s a look at the top performer in the series

Pakistan thrashed West Indies 3-0 in the three-match one-day series that concluded on Wednesday. Here’s a look at the top performer in the series. 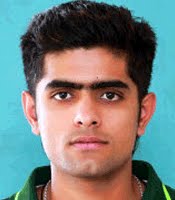 Babar Azam: This Pakistan batsman was clearly the standout performer in the series. He finished the series with a massive tally of 360 runs from three games, scoring a hundred in each of the matches, and thus joining an elite club of players, who have scored three hundreds in as many matches. Among Pakistanis, only Saeed Anwar and Zaheer Abbas has achieved the rare feat while Quinton de Kock was the most recent international batsman to do so. Azam scored 120 in the first match, 123 in the second and 117 in the third.

Sarfraz Ahmed: The Pakistani wicket-keeper batsman was the next most successful batsman in the series, but with 119 runs. He was unbeaten in two of the matches, and thus ended with an average of 119. He made 60 not out in the second innings, and scored 35 and 24 not out in the first and third match. He did so at a fairly good strike rate of just over 100.

Mohammad Nawaz: The slow left-arm spinner was the most successful spinner with seven wickets from three games. He finished the series with an average of 17.28, and economy rate of 4.65 and a strike rate of 22.2. Nawaz picked up 4 for 42 in the first match and 3 for 40 in the third game. The West Indies clearly had no idea how to deal with Nawaz in the series.

Azhar Ali: The Pakistan skipper finished the series with 110 runs in three matches at an average of 36.66. But, it was his hundred that enabled him to make it to the list. After falling for 0 and 9 in the first two games, he finished the series with 101 in the third match. His knock came off 109 balls with eight fours and a six. In the wake of his poor run in England both as batsman and skipper, this series was a much-needed relief for him.

Shoaib Malik: The experienced batting all-rounder shone with the bat in the second match. His 90 from 84 balls, with three fours and six sixes, set the tone of the game. He fell in single figure in the other matches, and picked up the wicket of Kraigg Brathwaite in the final match.