What you need is that bit of inspiration, that bit of magic: Rob Key hails Stokes-McCullum

England ended their home summer with a fantastic win over South Africa, thus coming from behind to claim the series 2-1. England, in fact, did not lose a single Test series in the summer of 2022. ECB managing director Key gave credit to Stokes and McCullum for the incredible turnaround.

Speaking after the final Test, he told Sky Sports, “When you go through life, you don’t want someone telling you what you can’t do all of the time. There is no real secret to it. All of the great people you listen to, they are not saying ‘be careful of this’, ‘don’t play outside there’, ‘don’t do this’." 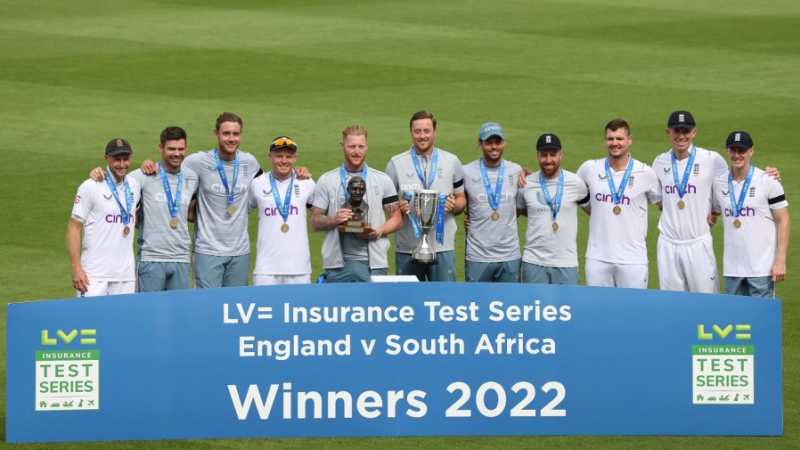 “If you’re going to be inspired by people, you want them to convince you that you can do something that maybe you can’t do. That’s what Stokes and Brendon do in particular — they give you confidence. What you need is that bit of inspiration, that bit of magic, and those two have it," he added after The Oval Test came to an end.

Key also showered accolades on skipper Stokes, stating that he has a great attitude and is extremely smart. The former England cricketer opined, “We’re all of the same philosophy, though Stokes is to another level. He is so inspirational. And the other thing that shouldn’t be underestimated is how smart he is. He has not wasted one word, there is always a reason for what he does, what he says and how he says it.

“Whatever style of cricketer you are, there is something in it for you. It’s about trying to maximise each individual and get them to perform to their potential, and they’ve done it so well," Key concluded.

England hammered South Africa by nine wickets in the deciding Test at The Oval to clinch the three-match series in emphatic fashion.