Ever since the pink ball test between India and England ended in just a couple of days, there has been plenty of talk around the pitch being too spin friendly and completely alien to the tourists. Facts do support this talk, as 28 out of the 30 wickets that fell in this test match belonged to spinners. Neither of the team managed to cross 150 as India were set a paltry target of 49 in the fourth innings to win the test and knock England out of contention of the World Test Championship, which they did without breaking a sweat.

In the buildup to this test, there was a very strong belief that the pink ball will do a lot under lights for the seamers, and England went ahead with as many as four of them and just a solitary spinner in Jack Leach. India, on the other hand, read the pitch perfectly and added three spinners to their squad. So, instead of calling the pitch a “poor” one, maybe England could have beefed up their spin department, as Joe Root, who can be called as a part time spinner at best, walked away with figures of 5-8 in the second innings. Even with the pitch being the way it was, England had the initial advantage as they were batting first. A score of 250 plus could have been too hot to handle for the Indian batters on such a spicy surface, but they faltered to do so and were bundled out for 110 odd. Axar Patel ran through England’s lineup in both the innings, helping himself to a 10 wicket haul, in just his second test. 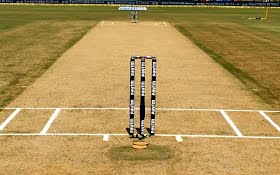 So, was India or the groundsmen really at fault for such a pitch? Preparing a pitch which suits the home side’s strength is a very common practice, and something no nation should be ashamed of. England too prepares seaming wickets especially when an Asian side tours them, so why shouldn’t India return the favour. The likes of Michael Vaughn have slammed this match’s pitch repeatedly, saying that it’s unfair to the batsmen, while many others including Kevin Pietersen believe the batsmen were at fault for not playing well, given as many as 21 wickets out of the 30 fell to the straighter ball, not the turning one ! The batsmen, from both the sides were playing for the spin, but it was the straighter one that did them.

Nevertheless, with this match gone by so quickly, England have lots of time to retrospect and prepare well for the series finale, where they can not only try to win and square the series, but also knock India out of the WTC final. India, on the other hand, have their fate in their hands, and even a draw would book them a ticket with New Zealand at Lord’s, but given the dynamics of this series, we surely won’t be robbed off a result in the final test starting the 4th of March.