Sunday’s win was a big triumph for M S Dhoni’s men in more ways than one. First and foremost, opener Gautam Gambhir, who was desperate for a good knock, came up with one.

In the preview to the India-England game, this writer had mentioned that for India to do well in the game, it will be imperative for them to get their act together. They did exactly that, and how. In spite of making quite a few changes to their XI, India came up with an incredible performance, which will give them plenty of confidence going into the Super Eights. Yes, there will be no points carried forward into the next round, but psychologically India would be buoyed, more so since they have struggled against England recently. 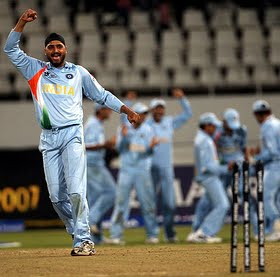 Sunday’s win was a big triumph for M S Dhoni’s men in more ways than one. First and foremost, opener Gautam Gambhir, who was desperate for a good knock, came up with one. Playing a fluent knock, the left-hander set up the game nicely for India, a crucial innings in the absence of Virender Sehwag, who was rested. Gambhir’s return to form means one headache less for India going into the Super Eights. The match also saw Rohit Sharma playing his best knock in recent times. The talented middle-order bat, who had a horrendous time during the one-dayers in Sri Lanka, reposed the faith placed in him by the team management.

The most encouraging aspect of India’s thumping win against England was Harbhajan Singh’s marvellous return to international cricket. Having been out of the team for a year, there was plenty of pressure on the veteran off-spinner to perform, especially considering that, in his absence, R. Ashwin had taken over as the side’s number one spinner. Harbhajan bowled with the skill of old, and troubled every England batsmen en route to his four-wicket haul. Significantly, he seemed relaxed, and his run-up to the crease was a lot more purposeful. The time away from the arclights definitely must have helped him.

Along with Harbhajan, India also played Piyush Chawla, the leggie in the side. Despite unimpressive performances in recent times, Chawla was picked for the World T20. Against England, he did not do his reputation any harm. On a surface that was conducive to spin, Chawla foxed the hapless Englishmen and made a case for his inclusion in the Super Eights. Although, he would be the last choice after Harbhajan and Ashwin, India would be pleased with the problem of plenty. In a worst case scenario, wherein either of the premier spinners aren’t available, India can fall back on Chawla, knowing he has the capability to deliver.

As for England, this is a game they would like to forget in a hurry. Their batting performance on a pitch that assisted spin was abysmal. England would only pray that they do not come across such pitches in the Super Eights, else they could be in serious trouble. Even though the result of a match won’t hamper their progress, their performance against spin will be a major cause of concern for sure. After all, when in Sri Lanka, you’ve got to expect some turn.