MS Dhoni retires from international cricket, Suresh Raina 'joins' him in the journey

Just a few minutes later, Dhoni's long-time India and Chennai Super Kings teammate Suresh Raina also called it quits from international cricket. Dhoni's instagram video was accompanied with the caption “Thanks. Thanks a lot for ur love and support throughout. From 1929 hrs consider me as Retired.” 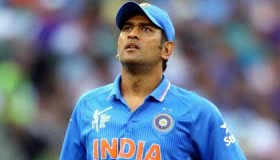 To it, Raina added on his Instagram, “It was nothing but lovely playing with you, @mahi7781 . With my heart full of pride, I choose to join you in this journey. Thank you India. Jai Hind! (sic)." Both Dhoni and Raina announced their retirements on India's Independence Day. While Dhoni last played for India in the 2019 World Cup semi-final, Raina's last game in India colours was the Leeds ODI against England in 2018.

With 10,733 runs in 350 ODI matches, Dhoni finishes fifth on the list of India’s all-time run-scorers in the format, behind Sachin Tendulkar, Virat Kohli, Sourav Ganguly and Rahul Dravid. He was the man of the match as India lifted the World Cup at home in 2011 with a nerveless 91 not out in the final.

Under Dhoni, India also won the CB series in Australia in 2008 and also achieved the number one ranking in Test. However, India were also blanked 0-4 in the Test series' in England and Australia in 2011-12. That marked the beginning of the down phase for Dhoni as Test captain, from which he never recovered.

Both Dhoni and Raina would feature in the 13th edition of the IPL, which will be held in the UAE.