The Indian Selectors have named a 15-man squad to tour South Africa for the Only T20I at Johannesburg on March 30. Dashing opener Robin Uthappa finally makes a comeback in the Indian side! Although Uthappa last played for India in 2011 in a T20I against England at Kolkata, its been more than four years since he had lost his place in the ODI team.

The Selectors have almost picked an identical side that has been picked for the Asia Cup. The only exceptions being Robin Uthappa coming in for Sachin Tendulkar. South Africa and India will play the only T20I on the 30th which will be a benefit match for Jacques Kallis and will be called as the New Age Cup T20. 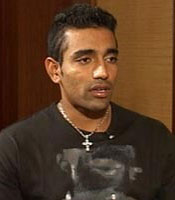