India will take on Scotland in match number 37 of the T20 World Cup 2021 at the Dubai International Cricket Stadium on Friday. The match will be played as part of the Group 2 encounters in the Super 12 round of the ICC event. The game will begin at 7:30 PM IST and 6:00 PM local time

The match on Friday will be extremely significant for India to keep their slight hopes of qualifying for the semis alive. They did a good job against Afghanistan. Batting first, they posted a mammoth 210 for 2 on the board. Rohit Sharma and KL Rahul roared for India with fifties while Rishabh Pant and Hardik Pandya played blazing cameos 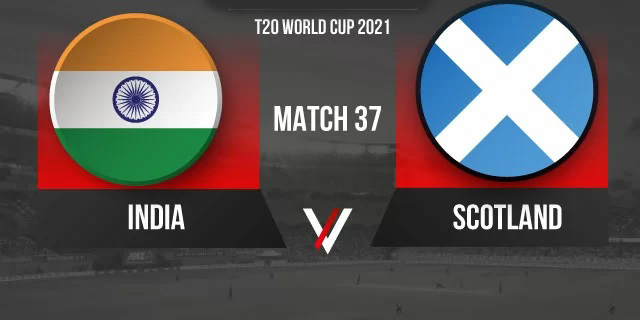 When they came out to defend the target, Mohammed Shami and Jasprit Burmah began in impressive fashion. The decision to bring in Ravichandran Ashwin instead of the unfit Varun Chakravarthy also worked wonders as the experienced offie delivered the goods. He bowled with great control and variations to stop the flow of runs and claim a couple of key wickets as well. However, India must be a tad disappointed that they could not finish things off. Too many runs were leaked at the end. Considering how crucial the net run rate scenario could prove to be, India might be left to rue those extra runs.

Scotland put up a fight against New Zealand and that is all the team would expect of the players against India as well - to compete. Despite a disappointing Super 12 campaign, Scotland have shown some spark with a number of players like Bradley Wheal, Mark Watt, Michael Leask and Chris Greaves making a mark. It has been the likes of George Munsey and skipper Kyle Coetzer, of whom so much more was expected, that have let the team down. Can they come with a good show against India?