Day after claiming all 10 wickets in an innings, Ajaz Patel registers another record

A day after becoming only the third player in the history of Test cricket to claim all 10 wickets in an innings, Ajaz Patel created another record on Sunday. He claimed four wickets in India’s second innings on Day 3 of the Mumbai Test. With match figures of 14 wickets for 225 runs, he is now the new record holder for having taken most wickets against India in a Test match.

Ajaz broke England legend Ian Botham's record, who had registered figures of 13 for 106 runs back in 1980. On Sunday, the 33-year-old left-arm spinner claimed the wickets of Mayank Agarwal, Cheteshwar Pujara, Shreyas Iyer and Jayant Yadav although India continued their domination in the Test

Apart from Ajaz and Botham, Australia's Steve O'Keefe claimed 12/70 in a Test against India in 2017. Pakistan's Fazal Mahmood, West Indies’ pacer Andy Roberts, Alan Davidson, Bruce Reid, Allan Donald and Geoff DyMock are the other bowlers to have taken 12 wickets against India in a Test match. 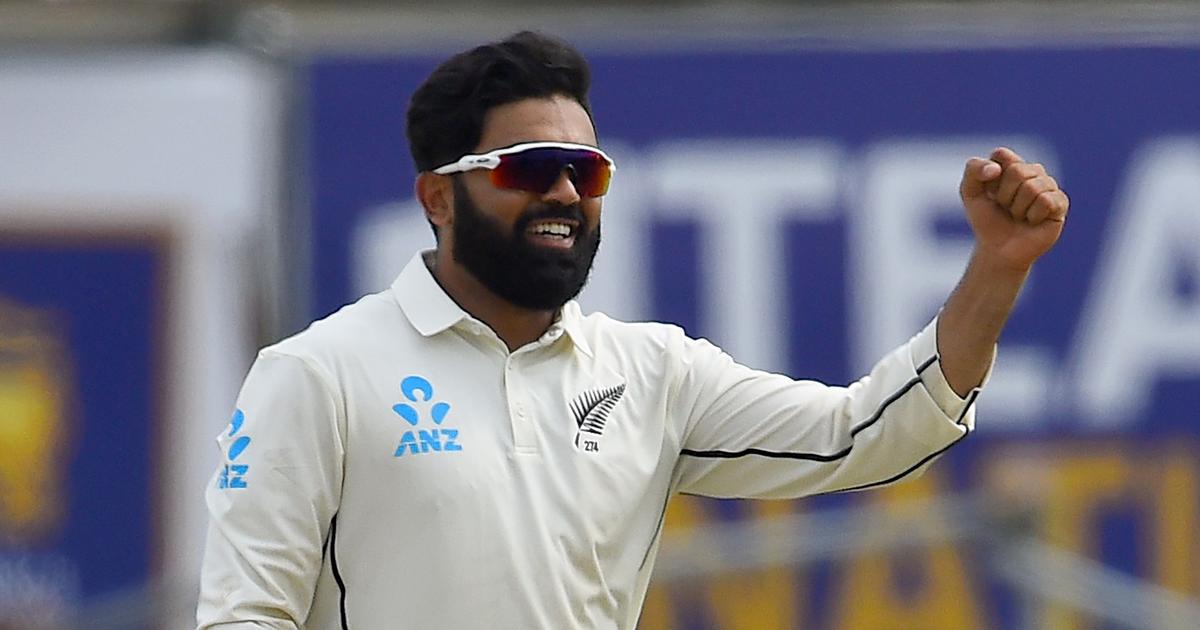 On Saturday, Ajaz followed Jim Laker (1956) and Anil Kumble (1999) as the only two bowlers to have claimed all 10 wickets in an innings in a Test match.

While Ajaz claimed four in the second innings, India declared their innings on 276 for 7, leaving the Kiwis a massive target of 540. They ended the day on 140 for 5, with Daryl Mitchell contributing 60.

Speaking after the day’s play, Mitchell praised India opener Mayank Agarwal for "setting the template" on how to bat on a spin-friendly wicket. He said, "The way Agarwal played in both innings for India, he put pressure on our spinners and he set the template for how I personally wanted to try and go about, taking on the Indian spinners today."

The Kiwi batter added, "Disappointing to not still be out there and kick on but it was nice to get a partnership going. It's a pretty challenging surface, the ball's definitely turning there with your name on it.”

Ravichandran Ashwin starred for India with 3 for 27 on Day 3 to sink the Kiwis further. India now need only five wickets to win the Test with two full days of play left.