Ball-tampering has been considered one of cricket’s constant problem giver over the years. There have been mixed views on the issue -- while some consider it a bane on the game, many former great bowlers have admitted to working on the ball in some way or the other in their effort to make the cherry talk.

In 2018, the Australian trio of Steve Smith, David Warner and Cameron Bancroft were reprimanded and handed bans for their involvement in the ‘Sandpaper’ controversy in the Newlands Test against South Africa. However, according to an ESPNcricinfo report, the ICC may be forced to consider legalised ball-tampering, under the supervision of the umpires, as cricket makes a comeback following the Coronavirus pandemic. 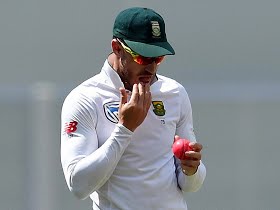 Presently, all cricket tournaments have been put on hold owing to COVID-19. And one of the contentious issues when the sport returns will be of ‘shining’ the ball. Traditionally, bowlers use saliva and sweat in their endeavour to make one side of the ball shinier than the other. This helps pace bowlers move the ball in the air.

However, in a post-Coronavirus world, this tactic would be fraught with risk. In times when shaking hands is considered dangerous, various players using saliva and sweat on the same ball could be disastrous. In the wake of the same, ICC is evaluating the possibility of allowing use of artificial substances for polishing for now instead saliva and sweat, claimed the ESPNcricinfo report.

The current Laws of Cricket clearly state that “no artificial substance” can be used to polish a match ball. However, under the prevailing scenario, players may be temporarily allowed to use an external substance to polish the ball under the supervision of umpires.

“The situation is rapidly evolving and full of significant risk as there is still a lot to learn about COVID-19 which can make decision making difficult. The ICC Medical Committee is working with Member medical representatives to build a comprehensive picture of the issues cricket is facing,” head of the ICC’s medical committee Dr Peter Harcourt had earlier stated on the challenges the game is facing.

On the issue of shining the ball, Aussie Pat Cummins had earlier said, “As a bowler I think it would be pretty tough going if we couldn’t shine the ball in a Test.” Cummins co-pacer Josh Hazlewood also agreed that batsmen would have too much advantage if the ‘ball shining’ part is taken out of the equation.

“Bowlers rely on any sort of sideways movement in the air. If you didn’t maintain the ball at all for 80 overs it would be quite easy to bat after that initial shine has gone. Whether you use saliva or sweat, maybe one person can do it. I’m not sure. It’s something that will have to be talked about when we get back out there and hopefully come up with a solution,” Hazlewood had stated.