Kapil Dev is undoubtedly the greatest all-rounder India has ever produced. Even so, his oratory skills aren’t exceptional, as a result of which he hasn’t been in the news too often as compared to some of his contemporaries.

Kapil Dev is undoubtedly the greatest all-rounder India has ever produced. Even so, his oratory skills aren’t exceptional, as a result of which he hasn’t been in the news too often as compared to some of his contemporaries. Having said that, his latest statement on batsmen being ‘officers’ and bowlers ‘workers’ has all the makings of becoming a legendary one. Considering the current state of cricket in general, we can understand where Kapil is coming from. The Haryana Hurricane was equally good with both bat and ball during his playing days. Yet, his statement reflects the state of bowlers in cricket, especially in modern times. 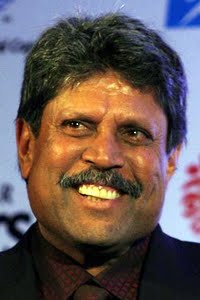 It is a fact that being a batsman is considered a lot more attractive for cricketers as well as viewers in comparison to being a bowler. As Kapil rightly explained, a batsman getting a hundred is given more credit than a bowler getting a five-wicket haul, even though both require equal amount of effort. Also, bowlers have to toil a lot more today considering the pitches in most countries favour batsmen a lot more than bowlers. This is one of the key reasons why teams, particularly those from the sub-continent, haven’t been producing quality pace bowlers.

The case of India and Sri Lanka are quite similar in the current scenario. After Kapil, Javagal Srinath and Venkatesh Prasad, only left-armer Zaheer Khan has been a constant figure in the pace bowling department in the last decade. Many others like Abey Kuruvilla, Paras Mhambrey, Doda Ganesh, Debashish Mohanty and Tinu Yohannan (the list is endless actually) have come and gone, but none has been able to sustain himself for too long. Umesh Yadav has promised a lot, but these are still early days in his career. Whether he can maintain his pace and momentum over a prolonged period of time remains to be seen.

As for Sri Lanka, Chaminda Vaas led the team’s pace attack admirably for a decade and a half. Since his retirement though no one has managed to take over his place. Lasith Malinga has already quit Tests to concentrate on the shorter versions while Nuwan Kulasekara is efficient at best. Dilhara Fernando has been around the international circuit for more than a decade but still hasn’t managed to establish himself as a permanent fixture in the squad. Lanka’s hunt for a potent pace bowling leader thus continues.

The excess importance sub-continent teams give to ODIs and T20s also hasn’t helped. While Tests still allow bowlers an opportunity to compete on somewhat equal terms, the same cannot be said of the shorter versions of the game, in which the sport is heavily loaded in favour of the batsmen. The field restrictions make it mandatory for bowlers not to make any mistake else they can be easily taken for runs. It is not surprising then that most youngsters today prefer to be Sehwag, Kohli and Tendulkar as opposed to Srinath and Kapil. As Ravi Shastri would put it, Kapil has hit the nail on the head.