Australia haven’t had a memorable tour of England. They lost The Ashes with an embarrassing 3-0 scoreline and managed to square the T20 series 1-1. Their only hope of returning with some good memories was if they performed well in the one-dayers.

Australia haven’t had a memorable tour of England. They lost The Ashes with an embarrassing 3-0 scoreline and managed to square the T20 series 1-1. Their only hope of returning with some good memories was if they performed well in the one-dayers. Here as well they were dealt a big setback as two of the games were washed out due to rain. Going into the last one-dayer as well, the series was tied 1-1 and England went in with confidence having won the previous match. But Australia reserved their best for the last.

The fifth and deciding ODI was effectively clinched by one major partnership between Shane Watson and Michael Clarke. Batting first, Australia were in more than a spot of bother when they lost their first three wickets cheaply. But, Watson and Clarke featured in a stand that not only resurrected Australia’s innings but also put them on top of the English bowling attack. Just like he did in the Tests, Watson reserved his best innings for the last one-dayer. He literally bludgeoned the English attack to assert his dominance on the match. 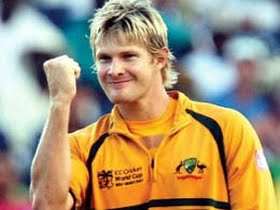 Watson has had a mixed tour of England. He failed miserably in the Tests before coming up with belligerent knock in the dead final Test. Similarly, he came up with his most destructive innings in the last ODI. Only this time, the difference was that it was a decisive knock in the contest of the match and the series. He played some amazing strokes that reiterated how dangerous he can be on his day. Of course, Watson would be mighty disappointed to not have contributed in the Tests that mattered, but things could have been worse. At least, he will leave England with the satisfaction of having won the ODI series for Australia.

Skipper Michael Clarke would return back home with similar feelings. He managed only one impressive knock in the Test matches, but brought out his best in the one-dayers with his wonderful century in the second ODI and his 75 in the final match was also significant. The Australian innings crumbed before and after the massive Watson-Clarke partnership. In hindsight though their alliance turned out to be the defining phase of the match. Australia would have been frustrated that they could not build of Watson and Clarke’s good work, but they ensured they did let the partnership go waste.

England lost simply because they floundered with both the bat and the ball. They allowed the Aussies to recover after having them on the mat early in the innings. The fact that they couldn’t separate Watson and Clarke for an elongated period hurt their chances big time in spite of the fact that Ben Stokes ended up with five wickets. Chasing a tough score, their batsmen failed to come up with big scores. The run outs of Kevin Pietersen and Luke Wright for ducks was symptomatic of England’s muddled chase. Ravi Bopara came up with an elegant half-century, but it wasn’t enough to help England recover, who couldn’t do an encore of their Ashes magic in the ODIs.