Sri Lanka beat Pakistan by 23 runs in the Asia Cup 2022 final in Dubai on Sunday, September 11 to lift the Asian championship for the sixth time. Bhanuka Rajapaksa (71 not out off 45), Wanindu Hasaranga (36 off 21 & 3/27) and Pramod Madushan (4/34) were the standout performers for Sri Lanka. For Pakistan, Haris Rauf claimed 3 for 29, while Mohammad Rizwan contributed 55 off 49. However, it wasn’t enough as Pakistan folded up for 147 in their chase of 171.

Sent into bat after losing the toss, Sri Lanka stumbled to 58 for 5 as Naseem Shah, Rauf and Shadab Khan struck key blows. However, Rajapaksa and Hasaranga counter-attacked and featured in a wonderful half-century stand for the sixth wicket as Sri Lanka posted 170 for 6. Rajapaksa struck six fours and three sixes, while Hasaranga five fours and a maximum.

In response, Pakistan lost skipper Babar Azam (5) and Fakhar Zaman (0) off consecutive deliveries to Madushan in the fourth over. Rizwan and Iftikhar Ahmed (32 off 31) offered some resistance, but once the stand was broken, Pakistan slipped swiftly. Hasaranga claimed all his three wickets in one over, dismissing Rizwan, Asif Ali (0) and Khushdil Shah (2). 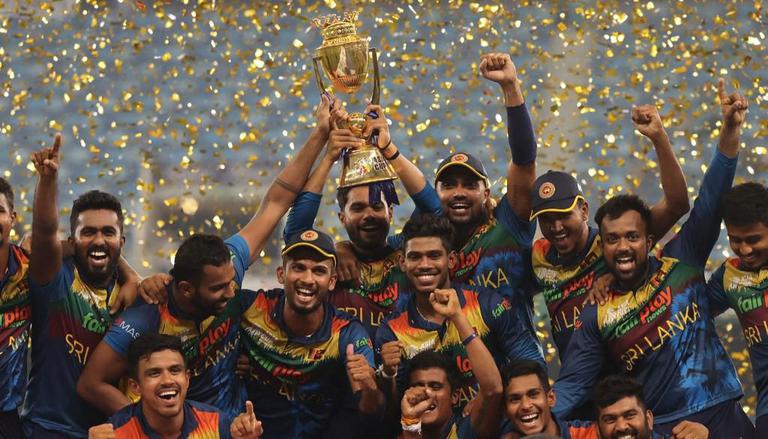 Chamika Karunaratne also chipped in with the wickets of Mohammad Nawaz (6) and Haris Rauf (13), the last wicket to fall, as Sri Lanka dominated proceedings with the ball. It was a fantastic turnaround for Sri Lanka after having begun their Asia Cup 2022 campaign with an eight-wicket hammering at the hands of Afghanistan.

Reflecting on the memorable win, Sri Lankan captain Dasun Shanaka said, “I want to thank the crowd; they have been supporting us massively. Hopefully we made them proud today.”

On the plan after having to bat first, the skipper replied, “In IPL 2021, Chennai won the match batting first and that is what was in my mind. These youngsters know the conditions really well.”

Praising the performances, he added, “Wanindu made a huge impact after losing five wickets. Chamika and DDS batted really well too. The last ball six was the turning point. 170 was mentally the difference, as 160 always feels chasable.”

Asked about the loss in the first match to Afghanistan, Shanaka said it happened for a good reason. He explained, “We had serious discussions after that game. Each and every individual did well for us and that is how we became champions. The fielding improved a lot in the finals. We had some mistakes in the league stages. We were 100% today, credit to the players and the coaching staff. I want to thank the Sri Lankan cricket board and the selectors as well.”

Rajapaksa was named Player of the Final for his unbeaten half-century, while Hasaranga Player of the Tournament for his all-round brilliance.