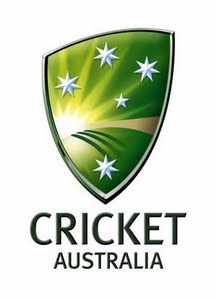 CA's stand is in stark contrast to the one of Board of Control for Cricket in India (BCCI), which banned its players from taking part in SLPL, leaving the island nation 'surprised and hurt'.

BCCI said the involvement of the Singapore-based private firm Somerset Entertainment Ventures in the running of SLPL was the reason for it denying permission to play for Indian cricketers.

CA acting chief executive Michael Brown said he would discuss details of the tournament, which runs from July 19 to Aug 4, with Sri Lanka Cricket officials at the International Cricket Council's annual conference in Hong Kong next week, but indicated it had CA's 'in principle' support.

'We've got a number of CA camps during July, so our players will be training in preparation for the tour (of Sri Lanka) two days after the SLPL finishes - they'll be locked into camps,' Brown was quoted as saying in The Telegraph. 'For the other guys, we just need to find out what the comp is, who's involved.

'We want to support Sri Lanka Cricket, like we want them to support us. We want their players to play in our Big Bash.'

The SLPL will be played in Colombo and feature seven teams, each with up to five international players.

The fact that Australia's tour of Sri Lanka begins with limited-overs matches should preclude any CA-contracted players from participating.

But some state players, such as Victoria's Brad Hodge and Dirk Nannes, and South Australia's Aiden Blizzard and Daniel Christian, are already confirmed participants.