Vested interests in BCCI saved MS Dhoni from being sacked?

It has been revealed that MS Dhoni came very close in being sacked as the Captain and also as a player in the Indian Test team following the two disastrous overseas tours of Australia and England. This shocking revelation came from none other than Mohinder Amarnath, the recently removed North Zone Selector.

It has been revealed that MS Dhoni came very close in being sacked as the Captain and also as a player in the Indian Test team following the two disastrous overseas tours of England and Australia. This shocking revelation came from none other than Mohinder Amarnath, the recently removed North Zone Selector.

In an interview on Times Now Channel, former India great Mohinder Amarnath said that three out of the five Selectors including himself had decided to drop Dhoni from the Test Team. However, the BCCI had blocked the Selectors’ move by showing the Board’s Constitution which allows the possibility of overturning such major decisions. 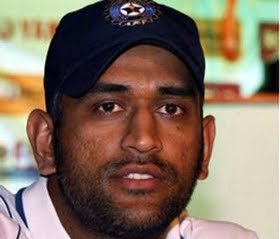 Amarnath also said that Virender Sehwag’s name was discussed primarily as the replacement of Dhoni as the Captain. On Dhoni, Amarnath said that the former is a wonderful player and a match winner in the shorter form of the game but is not a good player when it comes to Test Cricket. Mohinder Amarnath cited that Dhoni’s technique is not adequate for Test Cricket and it doesn’t make sense in persisting with him after more than a couple of overseas series. Amarnath also said that Dhoni hasn’t set the ground on fire when it comes to his batting in Test Cricket. Saying that a Captain must first secure himself a place in the XI, Amarnath states that Dhoni’s doesn’t even merit a place with his batting in Test Cricket.

Member of the 1983 World Cup winning team, Amarnath stated that nobody has the guts to remove MS Dhoni from the team. It is an internal thing between the Selectors and the Board that stops them from taking stern action in dropping Dhoni based on his Test form. Amarnath possibly has hinted at vested interests that has been blocking the Selectors and from working with a free hand. If that is the case with MS Dhoni who came into the team in 2005, then one can imagine the kind of force that might be behind the biggest sporting brand of India – Sachin Tendulkar.

Jimmy Amarnath as he is fondly called has also hinted that it is due for Sachin Tendulkar to retire from International Cricket. The former cricketer said that Tendulkar is just a shadow of his past and it is high time that he left the game at this level. Tendulkar with scores of 13, 8, 8, 76, 5 has become one of the biggest non-performing assets for Team India in the current home Series against England.