Gary Kirsten, who guided India to World Cup glory and pinnacle of Test cricket, was appointed as South Africa coach on Monday for a term of two years.

Gary Kirsten, who guided India to World Cup glory and pinnacle of Test cricket, was appointed as South Africa coach on Monday for a term of two years.

The 43-year-old former India coach, who had stepped down in April after helping Mahendra Singh Dhoni's men lift the World Cup, will have Russell Domingo as his assistant, while ex-teammate Allan Donald will be the bowling coach. 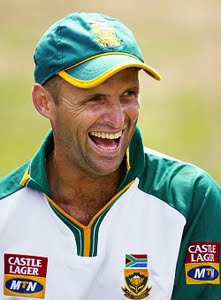 "In the first place I would like to say what an honour it is to become head coach of the Proteas," said Kirsten, who replaces Corrie van Zyl as the official head coach and team director.

"Having filled the same position with the Indian national team for the past three years I believe this is a natural progression as far as my coaching career is concerned.

"My coaching philosophy will not be any different than it was for the Indian team. I always endeavour to influence players in a positive way and give them options so that they can grow both as cricketers and as people," he added.

Kirsten's first assignment will be in October when South Africa hosts arch-rivals Australia and his next challenge will be the series against Sri Lanka later this year.

The affable South African never had any formal coaching experience but his three-year stint with India saw him transform the team into World champions and CSA CEO Gerald Majola said they are happy to have him as the chief coach.

"We are delighted to welcome Gary back as part of the CSA family," Cricket South Africa (CSA) chief Majola said.