Dilip Vengsarkar comes in support of the under pressure Sachin Tendulkar

Former India Skipper Dilip Vengsarkar has come to the support of the struggling Sachin Tendulkar. With a typical Mumbaikar attitude, Vengsarkar says that nobody can fill up the boots of Sachin Tendulkar once he decides to retire. The former cricketer says that a legend like Tendulkar doesn’t need any advice from anyone regarding his retirement. Vengsarkar adds that when the time comes, Sachin himself will announce his decision. 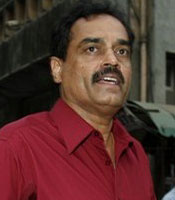 Vengy doesn’t agree on Kapil Dev’s statement that Tendulkar should have retired from ODI Cricket after the victorious World Cup in 2011. The former Chief Selector Dilip Vengsarkar says that even at the age of 39, Sachin Tendulkar is as fit as others are in the Indian team. Vengy claims that it will be impossible for Indian to find someone like Tendulkar again and that the present bench strength of the team doesn’t have that potential. Vengsarkar sums up saying that as long as Tendulkar stays motivated and has the interest in the game, he should carry on and that the younger plays will only get better because of his towering presence in the dressing room.