Pune Warriors crashed to their fifth straight defeat, this time going down by 10 runs against hosts Kolkata Knight Riders. Chasing 151 to win, Pune Warriors slipped to a disastrous 55 for 5 in 8.2 overs once Marchant de Lange got rid of the openers cheaply.

By the halfway stage, Pune had lost all its key players with the exception of Angelo Mathews and Skipper Sourav Ganguly. Mathews brought Pune back into the game with three sixes in the 15th over bowled by Yusuf Pathan. In the last five overs, Warriors needed 42 runs which was manageable but KKR prevailed on a pitch that assisted Sunil Narine perfectly. Narine bowled his four overs giving away just the 13 runs and taking the wicket of Steven Smith. 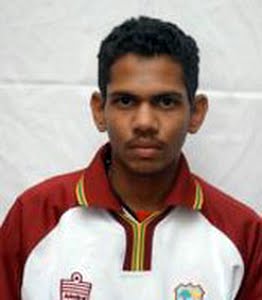 Medium pacer Rajat Bhatia too did a good job in the final overs making it difficult for Mathews and Ganguly from scoring their big hits. Ganguly got out in the 18th over after a slowish 36 from 35 balls with 4 fours and a six. Angelo Mathews scored 35 from 27 balls with 3 sixes while failing to take Pune to victory.

The Man of the Match award went to Sunil Narine for his mean bowling performance.

Pune Warriors restricted Kolkata Knight Riders to 150 for 5 on a good batting surface at the Eden Gardens. KKR would be hugely disappointed with the total as they were rocking at 98 for no loss in the first 10 overs!

Skipper Gautam Gambhir led the way for KKR with a beautiful 56 from 34 balls with 4 fours and 2 sixes before he holed out to long off in the 13th over. His opening partner Brendon McCullum batted out 43 balls to score 42 with 5 fours and a six. After the dismissal of the openers, KKR struggled to sustain the momentum to finish with a modest total.

Angelo Mathews bowled well for the Pune Warriors taking 2 for 17 in 4 overs. Murali Kartik, who opened the bowling also did well for his 1 for 22 in 4 overs.

Toss and Teams: Hosts Kolkata Knight Riders have won the toss and elected to bat first against Pune Warriors. KKR have made one notable change with tall fast bowler Marchant de Lange replacing Brett Lee. Pune Warriors have made two changes with Jesse Ryder and Ashis Nehra getting replaced with Angelo Mathews and Murali Kartik.