India will take on Afghanistan in match number 33 of the T20 World Cup 2021 at the Sheikh Zayed Stadium in Abu Dhabi on Wednesday. The game will held as part of the Group 2 encounters in the Super 12 round of the ICC event. The match will begin at 7:30 PM IST and 6:00 PM local time

India will need to beat Afghanistan by a huge margin to keep their faint hopes of progressing to the semi-finals alive in the tournament. Of course, even if they win all their remaining three matches comprehensively, there is no guarantee that India can make it to the semis. A lot of other results will have to go their way. However, India need to at least try and accomplish what is in their hands - register handsome wins in the next three games and make some sort of an impression on the tournament. 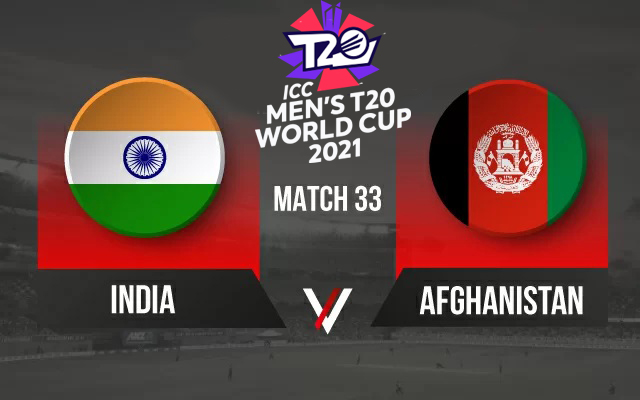 India were completely ragged against the Kiwis. Right from the moment Virat Kohli lost the toss and Ishan Kishan went out to open with KL Rahul, India were never in the game. The batters just couldn’t find the meat of the willow. Every batter who attempted a big shot ended up finding the fielder. It began right at the top with Kishan and set the trend for the innings, which carried on till the very end.

The Indian bowlers, even considering the dew factor, have disappointed. Jasprit Bumrah is the only Indian bowler to have claimed a wicket for India in the T20 World Cup so far. Varun Chakaravarthy’s mystery has been decoded without much trouble while Bhuvneshwar Kumar, Mohammed Shami and Ravindra Jadeja have been ineffective

India won’t have it easy against Afghanistan, who are coming off a comprehensive 62-run triumph over Namibia. Mohammad Shahzad, Hazratullah Zazai and skipper Mohammad Nabi have been in good batting form while the others have also contributed. Afghanistan would be hoping Mujeeb Ur Rahman is fit for the India challenge. At the same time, they would be pleased with the performance of Naveen-ul-Haq and Hamid Hassan.