England have received a blow ahead of the fifth and final ODI at Nottingham today with Jonathan Trott, their batting main stay getting ruled out of the match.

England have received a blow ahead of the fifth and final ODI at Nottingham today with Jonathan Trott, their batting main stay getting ruled out of the match. Trott was struck on his right arm by a Dale Steyn delivery in the fourth ODI at Lord’s in which the no.3 batsman went onto score a slow 48. England would miss the services of their sheet anchor in their bid to stop South Africa from drawing the 5-match series 2-2. 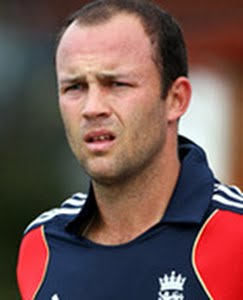 The good news for Trott though is that there is no major fracture in the arm and he should be back to fitness very soon. England have called up the 21-year-old Surrey Wicket Keeper Jos Buttler as Trott’s replacement. Buttler has played a lone ODI and 8 T20Is.

England are unlikely to play Buttler in the XI and could go in for Jonny Bairstow, the man who had replaced star batsman Kevin Pietersen in the 3rd Test at Lord’s and went onto silence his critics with scores of 95 and 54. Bairstow despite being in the ODI Squad failed to make it to the playing XI but now is likely to get his chance because of the Trott injury.