On a day when Michael Clarke and George Bailey set up a massive win for Australia over England at Old Trafford, Robin Uthappa and Unmukt Chand achieved something similar, albeit on a lower scale – for India A against New Zealand A in the first unofficial ODI at Visakhapatnam.

On a day when Michael Clarke and George Bailey set up a massive win for Australia over England at Old Trafford, Robin Uthappa and Unmukt Chand achieved something similar, albeit on a lower scale – for India A against New Zealand A in the first unofficial ODI at Visakhapatnam. Their massive 178-run partnership for the opening wicket ensured that India A got home with ease chasing the challenging target of 258. Even though the target was not a big one in today’s day and age, such chases can often get tricky if the team batting second gets off to a poor start.

Uthappa and Chand’s opening stand however ensured that India A were under no pressure whatsoever. Both Uthappa and Chand have had their fair share of disappointments in recent times. While the former has lost out on some precious seasons of international cricket owing to his poor performances, Chand also hasn’t achieved the level of consistency he set out to after leading the U19 side to the World Cup triumph last year. On Sunday however both were at their very best, and batted as if there was no tomorrow. By the time their partnership was separated, India A were well and truly on their path of victory. 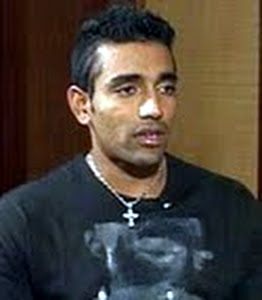 Having batted exceedingly well, Chand would have been extremely disappointed to have missed out on a hundred. He deserved one for a superlative batting effort. However, when on 94, he was caught out to end the 178-run stand after exactly 30 overs. The comfort level with which he batted can be judged from the fact that his runs came from a mere 88 balls with the help of nine fours and as many as six sixes. Chand rarely looked in any kind of trouble during his innings, another indication of his amazing talent.

Even as Chand missed out on his hundred, Uthappa ensured that he got his before departing. In another wonderful exhibition of batsmanship, the axed Indian batsman smashed eight fours and five sixes in his 114-ball stay at the crease. In comparison to Chand, Uthappa was a big more sedate, probably that comes from the fact that he is now a bit more experienced and has started believing in settling down at the crease at lot more rather than just going after the bowling. Even though India A lost a couple of more wickets at Uthappa’s departure, the target was achieved with utmost ease.

While Chand and Uthappa’s partnership was amazing, it were the bowlers who set up the win for India A earlier in the day. It was a brilliant team effort with the ball for India A wherein Dhawal Kulkarni, Rahul Sharma and Ashok Menaria, all chipped with three wickets each. New Zealand A were left ruing the fact that their batsmen did not put up the big scores. Opener Anton Devcich got 48, Carl Cacopha made 45 and Tom Latham contributed 37. But it was only due to Daryl Mitchell’s half-century lower in the order that New Zealand A crossed 250. In the end, it was far from enough for them.