India vs England: Superhuman effort needed from England to come back in the series, says Sunil Gavaskar

Indian legend Sunil Gavaskar feels it will be very difficult for England to make a comeback in the series after the manner in which they lost at Lord’s. England dominated the Test for most part but succumbed to pressure on the last day to go down by 151 runs. Gavaskar believes the Lord’s defeat would have dented the hosts psychologically, from which they will find it tough to recover.

Writing in his column for The Telegraph India, Gavaskar opined, "India have dealt a psychological blow to England and it will take a superhuman effort from the home team to come back in the series. Yes, cricket is a game of uncertainties and thing can turn around quite dramatically but for that to happen it will take a miracle."

Heading into the last day, India had a lead of just over 150 runs with four wickets in hand. However, a ninth wicket partnership of 89 between Jasprit Bumrah and Mohammed Shami allowed India to set England a target of 272 in 60 overs. The English batting, however, crumbled to a disappointing 120 all out. 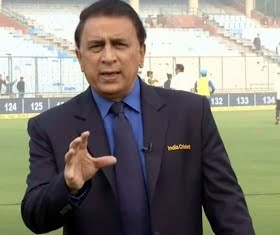 Gavaskar further wrote in the column that England’s batting is completely dependent on their captain Joe Root and once he is falls, the team finds it hard to compete. He added, "At the start of the fifth day’s play, the general thinking was that England would win the game. But, on a last day pitch even 180 would have been tough as seen by the team being dismissed for 120 and losing by a big margin. Their batting depends so much on Root that if he doesn’t hold the innings together, then the innings comes apart at the seams."

The former India opener admitted that things could have been different for England had Ben Stokes been available. Gavaskar said, "If I were Joe Root, I would be on the hooter to Ben Stokes and implore him to come back and play for he is the kind of impact player who can turn it around for England. Sadly someone who was born to play the game is unable to do so and that’s not just England’s misfortune but that of the cricketing world too, for players like Stokes are once-in-a-generation cricketers."

Ahead of the Test series against India, Stokes pulled out citing mental health issues

Meanwhile, India began their practice for the third Test today. The match will be played at Headingley from August 25.