The opening Ashes Test at Nottingham ended in a thrilling fashion with hosts England prevailing by a tiny margin of 14 runs. Australia had no chance going into the final day with 147 runs to win with only four wickets in hand.

The opening Ashes Test at Nottingham ended in a thrilling fashion with hosts England prevailing by a tiny margin of 14 runs. Australia had no chance going into the final day with 147 runs to win with only four wickets in hand. England had to work extremely hard to get its first breakthrough this morning with a wait of 15.3 overs.

It was only the second new ball that gave the much needed relief for England with Ashton Agar jabbing a bouncy and moving ball from Anderson to first slip. Agar, who scored a sensational 98 in the first innings, lasted 71 balls scoring 14 in the second essay. England got two more wickets relatively quickly to inch towards a comfortable victory. 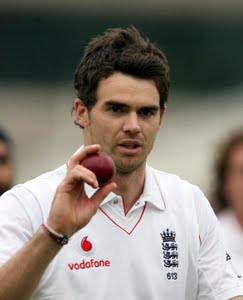 Anderson got the wickets of Mitchell Starc (caught jabbing Anderson to slips) and Peter Siddle (caught brilliantly by the full length diving Cook at slip) to leave Australia on the brink of a defeat at 231 for 9. England weren’t going to win easy even after that as no.11 James Pattinson is quite a capable batsman blessed with excellent defensive technique. Haddin at the other end employed his shots to gradually knock down the remaining runs of the target.

The match which was heading for a finish before lunch was extended by 30 minutes which also wasn’t enough to take the last Australian wicket. At lunch time, the match was tensely poised with Australia just 20 runs away from a miraculous win. For England, it was matter of one wicket taking delivery which came in the third over after the resumption.

It was a controversial decision that ended the game in England’s favour. Haddin attempted a cover drive on the up and seemed to have missed it because of the late away swing from Anderson. A caught behind appeal from England wasn’t convincing but the hosts took the gamble of asking for a review. To the surprise of everybody, the review got England the desperate wicket with the TV Umpire going by the woody sound in the replays to give Haddin caught behind off an inside edge. Haddin scored a valiant 71 from 147 balls with 9 fours while James Pattinson remained unbeaten on 25* from 57 balls with 2 fours and a six.

Anderson, who claimed his 2nd 10-wicket haul was named as the Player of the Match. The 30-year-old swing bowler took five wickets in both the innings. After a gap of three days, the two teams will play in the 2nd Ashes Test at Lord’s on the 18th.